Among the vows from New York City to its residents and guests, are musicals on Broadway and pepperoni on the pizza slices. But as with every marriage, there are some secrets too. 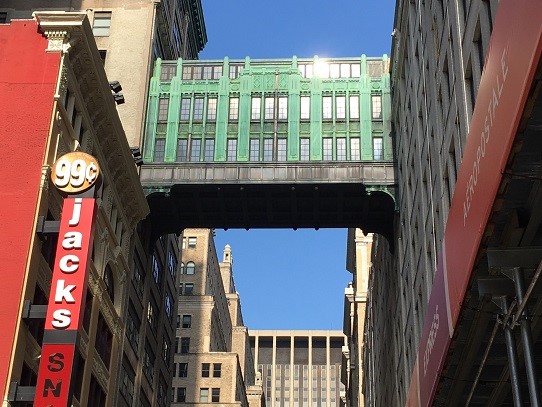 If you’ve been to Madison Square Garden or Penn Station, you may have passed Gimbel’s Bridge, located on West 32nd Street facing 7th Ave.

Erected in 1925, Gimbel’s Bridge was built to connect two department stores owned by businessman Bernard Gimbel to compete with Macy’s, whose flagship location was just a few blocks away. The bridge was designed by architectural firm Shreve and Lamb who designed the Empire State Building just a few years later.

With an Art Deco copper facade that — similar to the Statue of Liberty — has turned a vibrant green with the passing of time, the skywalk features wall to wall windows on both sides so that people could watch the busy streets below. 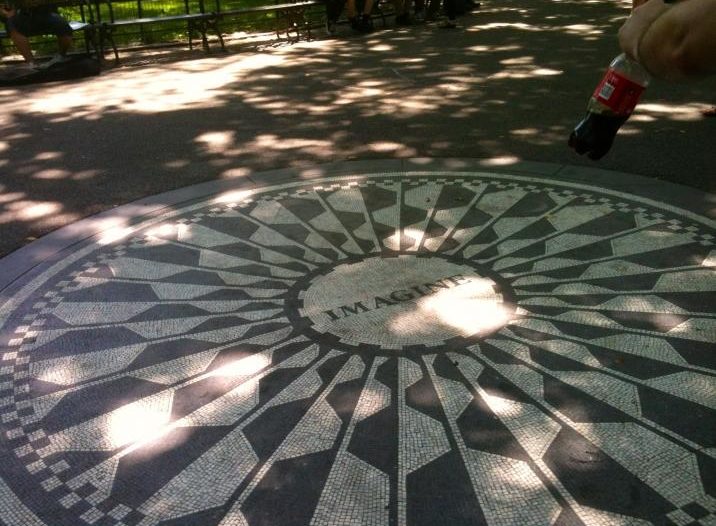 Strawberry Fields is a landscaped section in Central Park that is dedicated to the memory of former Beatles member, John Lennon. The area is named after the Beatles’ song “Strawberry Fields Forever” written by Lennon.

The entrance to the memorial is located at West 72nd Street, near the Dakota Apartments where the Rock legend was murdered in 1980. Its focal point is a circular mosaic with the words “Imagine”, in memory of Lennon’s famous song. 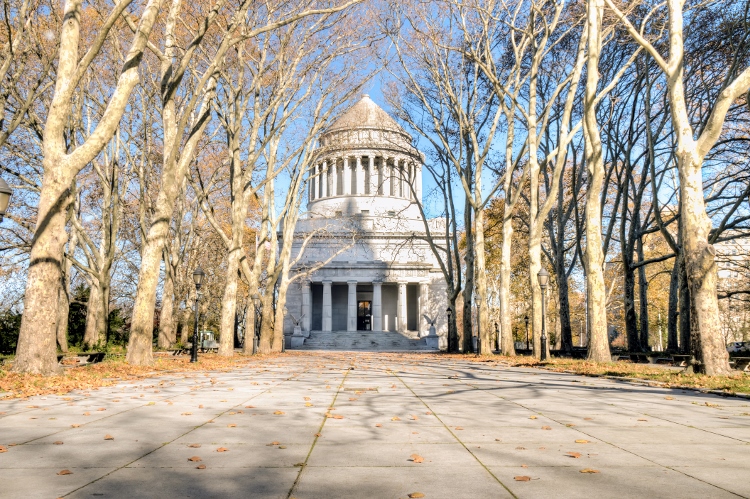 We’ve all heard the joke “Who was buried in Grant’s Tomb?” But did you know that Ulysses S. Grant, the 18th President of the United States, rests in the city that never sleeps?

On Grant’s death in 1885, his widow declared that he had wished to be laid to rest in New York, and a new committee was set up to appeal for funds. Approximately 90,000 people from around the world donated over $600k towards the construction of Grant’s Tomb — officially the General Grant National Memorial, making it the largest public fundraising effort ever at that time.

The granite and marble structure, located in Upper Manhattan’s Riverside Park, was completed in 1897 and remains the largest mausoleum in North America. First lady Julia was buried next to him in 1902. 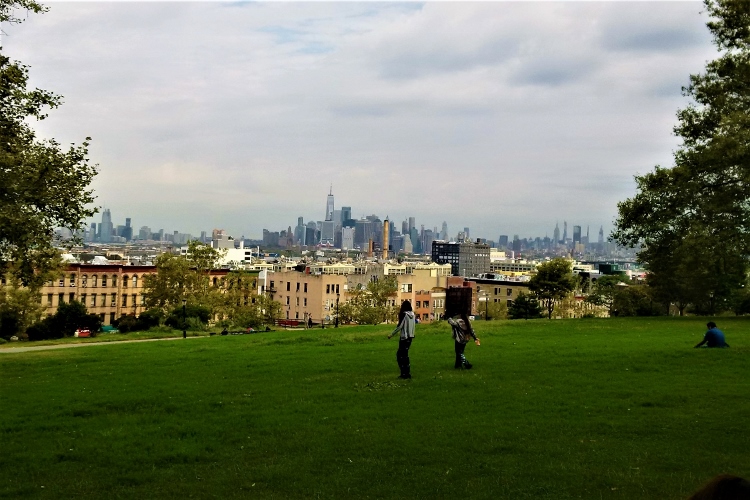 The borough of Brooklyn is famous for its two grand parks: Prospect Park and the newer, trendy Brooklyn Bridge Park. But there’s another green-zone that doesn’t get much of attention.

Meet Sunset Park, located in… well, Sunset Park. Situated just blocks from the Brooklyn waterfront, the park features stunning views of the Manhattan skyline as well as the New York Harbor and New Jersey. Much of the park is sitting on a west-facing hill. So make sure to hang around at dusk, and you will experience the Jersey sunset in its full glory! Hence, Sunset Park!

When the Berlin Wall was demolished in 1989, most of it was repurposed and used as raw materials in German reconstruction projects. But a several hundred sections were collected and redistributed around the world.

Today, four sections of the Berlin Wall can be found in at different locations in Manhattan: 1) the United Nations, 2) at Ripley’s Believe it or Not! in Times Square, 3) in Battery Park City, near the Wall Trade Center site, and at Paley Park in Manhattan.

Another New York City whispering fun-fact is the Whispering Gallery in the magnificent Grand Central Terminal.

Located in the terminal’s dining concourse, in front of the famous Oyster Bar & Restaurant, the unmarked pathway features an acoustic sensation. When two people stand at diagonal arches, they can hear each other’s whispers loud and clear, despite the background sounds of hustling and bustling Grand Central.

According to experts, the secret behind this whispering secret is due to the tightly laid tiles that make up the curved ceiling. And as the sound of “Will you marry me?” enters the curve, the voice continues to travel across the arch until it reaches the other party, who will respond with a whispering delight: “Yes!”

It all started by accident. Back in 1937 when a workman switched the A and D tiles in the Broadway subway station, located on the border between Williamsburg and Bushwick. Welcome to “Brodaway” Station.

Over the years, attempts to rearrange the tiles were faced by fierce protests from straphangers and sensationalists. As one clever commenter on Redit puts it, “That’s di way, broda!” 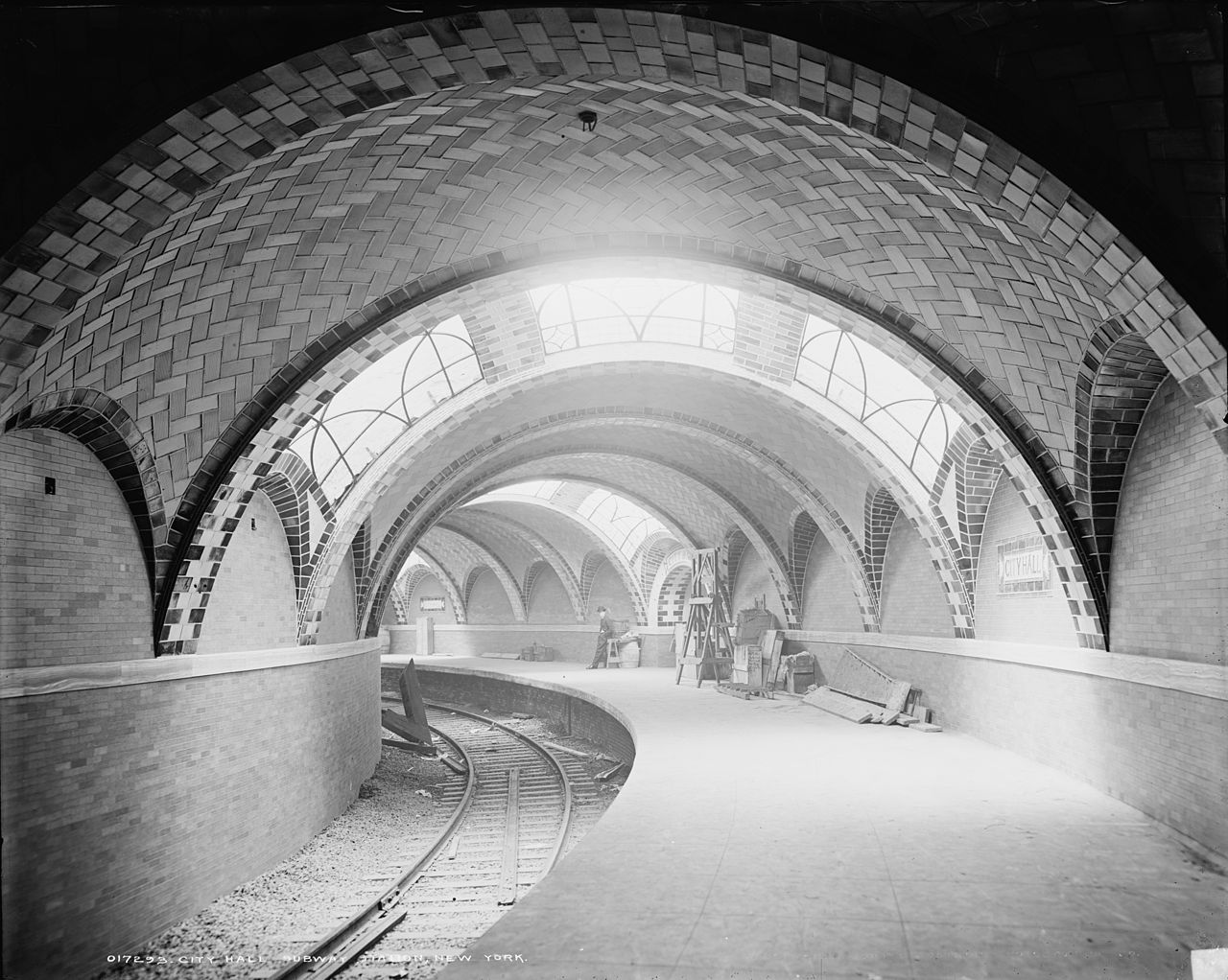 One of the most spellbinding and legendary secret places in NYC is the now-abandoned City Hall Station.

Opened in 1904 as part of NYC’s first subway line, the small station is one of the most beautifully-designed in the city. Featuring Guastavino tile vaults, Romanesque Revival architecture, and skylights that invite gorgeous natural lighting…a photographers dream!  The unique platform curve, which lends it some of its character, was also the reason why the station was abandoned. As ridership increased on the subway during the mid 20th century, cars and platforms needed to be lengthened and it was too difficult to complete on the curved platform. However, the station is still used as a turn-in loop for the 6 Subway line.

If you want to experience this sign up for a tour by the New York Transit Museum.

Books lovers unite! The Morgan Library, which began as the private library of financier J.P Morgan, is now open to the public. This stunning and majestic library has traditional decor and shelves stacked with old books and manuscripts.  It’s just a short walk from Grand Central Station and Penn Station and is a major exhibit for fine art, literature, and music.

The Morgan Library is one of New York’s greatest historic sites, and a wonderful place to dine, shop, and attend a concert or film. 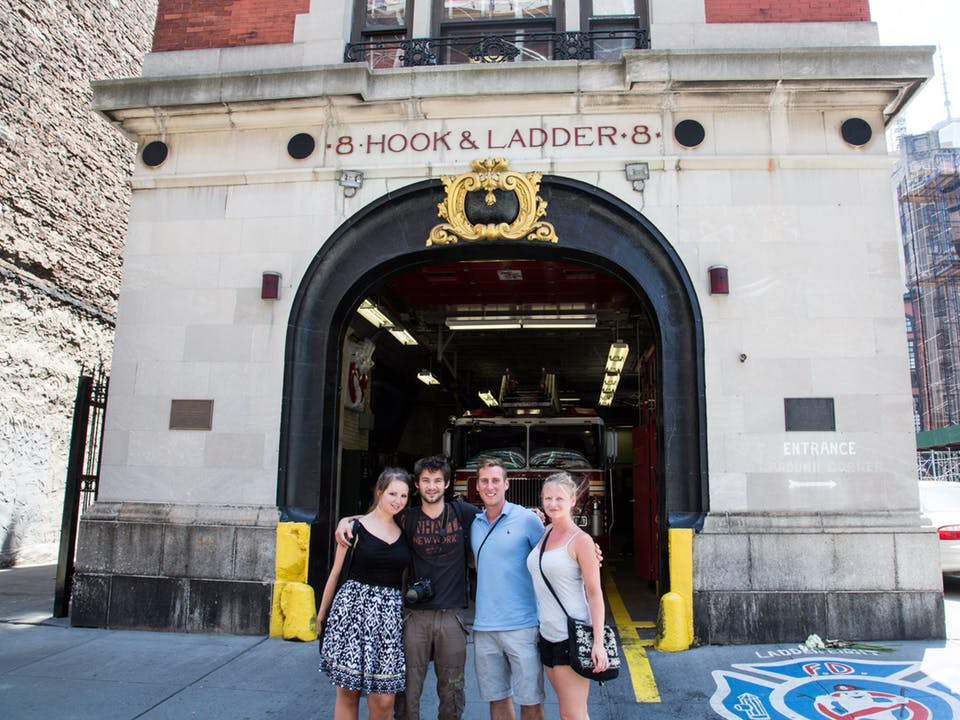 New York City is rich in famous movie locations, but few are as iconic or nostalgic as the pop culture landmark, Hook & Ladder Company 8 from the 1984 classic Ghostbusters. The 1903 building was used for the exterior scenes of the fictional firehouse where Peter, Ray, Egon, and Winston set up their ghostbusting operations. The firehouse has also appeared in the 2005 film Hitch and in episodes of the television series Seinfeld and How I Met Your Mother.

The spot is still a working firehouse, so visitors are not allowed inside, but the outside is perfect for photo opportunities.

One thought on “10 Hidden Treasures in New York City”