Experience Fourth of July in New York City and make it one for the books!

Before watching the 43rd Annual Macy’s 4th of July Fireworks, treat yourself to an activity such as sailing the Hudson River, sipping on signature cocktails, touring NYC in the worlds only moving theater or visiting the city’s most iconic building.

They don’t call this cruise the Best of New York City for nothing! You’ll cruise along all three NYC rivers, pass under 20 bridges, and see over 130 of the city’s most iconic landmarks, including the full Manhattan skyline.  There are 3 departures: 10am, 12pm and 12:30pm, so you have the rest of the day to enjoy before you watch the epic Macy’s Fourth of July Fireworks! 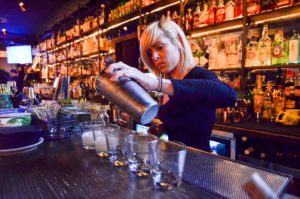 Celebrate Independence Day by indulging in some craft cocktails with your friends and family.  As you stroll down vibrant East Village, you will get to visit some of the best bars in town. Along the way, you will sample delicious libations, swap tales of speakeasies and gangsters, learn how to make craft cocktails, and discover some of the best places to grab a drink in the Big Apple.  This tour starts at 6pm and is approximately 2.5 hours. 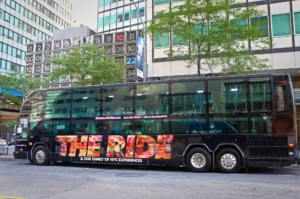 We can assure you this is one of the best ways to kick off July 4 in NYC!

Your hosts are trained in improvisation, to ensure that each performance is live and fresh, according to what’s happening on the street.  Along the 75-minute route, you will enjoy exciting live pop-up presentations by an ensemble of talented actors, singers, dancers, and musicians, against the backdrop of the city’s most iconic landmarks, including Times Square, Columbus Circle, Grand Central Terminal, and Bryant Park.  This is an experience you don’t want to miss! 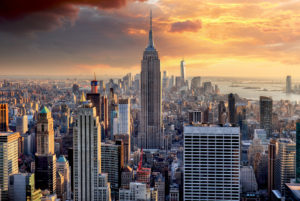 Imagine the excitement of visiting one of the worlds most famous buildings gleaming red, white and blue for the Fourth of July!

Located in the heart of the city that never sleeps, and surrounded by ‘mini’ rivers and ‘miniature’ suspension bridges, the view from 86 stories above is nothing but breathtaking! Get an unparalleled 360-degree view of New York City. See famous landmarks such as Central Park, One World Trade Center, the Chrysler Building, the Statue of Liberty, and Times Square.  This would be an experience that would last a lifetime.

*Please note the Empire State Building’s Observatory will temporarily close at approximately 7:00 p.m. on Thursday, July 4, for its annual Independence Day exclusive event, and resume normal operations at approximately 9:30 p.m. As always, the Observatory remains open until 2 a.m. (last elevators up at 1:15 a.m.).