Rated 5.00 out of 5 based on 1 customer rating
(1 Review)
Manhattan
Varies
Approximately 3.5 hours

Celebrating 20 years of Sex and the City! On this guided Sex and the City Hotspots Tour, follow in the footsteps of Carrie, Samantha, Charlotte, and Miranda–you’ll drink where they drank, shop where they shopped, and gossip where they gossiped! The tour includes more than 40 hotspot locations from the popular show, and you’ll enjoy all of it from the comfort of a plush bus.

While many of the interior scenes of SATC were recorded at Silver Cup Studios in Long Island City, much of the series was shot “on location”, making NYC itself the fifth star of popular HBO TV series. We’ve also added locations from Sex and the City: The Movie to bring the experience full circle! In addition to seeing the sites from the show, you’ll also have exclusive access to special discounts at many local venues.

Whether you’re a Sex and the City fan eager to learn more about your favorite show, or a tourist looking for an entertaining way to experience Manhattan’s hottest neighborhoods, the Sex and the City Hotspots Tour is a must-do!

* Please note that this is an “R-Rated” tour, based on the HBO Sex and the City series.

Leaving from a classic Midtown site, the Sex and the City Tour begins with glamorous Manhattan destinations. Perhaps the most famous is The Plaza Hotel, where Carrie Bradshaw said goodbye to Mr. Big and also where Mr. Big hosted his engagement party – to another girl! Continuing down New York’s famous Fifth Avenue, you’ll people-watch, window shop, and catch up on all the latest gossip, from the SATC movie to the actresses’ life, and everything in between.

In Midtown, you’ll also see on the Sex and the City Hotspots Tour:

These unique, trendy neighborhoods are home to many of the ladies’ favorite up-and-coming, little-known haunts – and you’ll get the lowdown on the best of them!  You’ll sample cupcakes like the ones Carrie and Miranda stuffed into their mouths, spend time walking through this beautiful area of New York and shop in one-of-a-kind boutiques along Bleecker Street. This New York tour takes you where the celebrities live, eat, and play.

After your walk around historic Greenwich Village, you’ll head over to Scout, the bar Aidan and Steve opened on the show, to sip some Cosmos (if you so desire) and relax a bit.

Meatpacking District
You will see the famous modern Asian cuisine restaurant, Buddakan, where Carrie and Big’s rehearsal dinner took place in the movie. Stand in the lounge at Buddakan where Big gave Carrie her last “single girl kiss.” Don’t miss the chance to shop where Sarah Jessica Parker modeled for the iconic designer’s clothes during a shoot for Sex and the City: The Movie at Diane Von Furstenberg.

* Please note, this is an “R-Rated” tour, based on the HBO series. 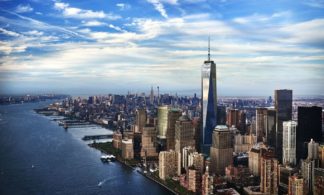 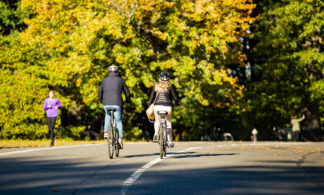